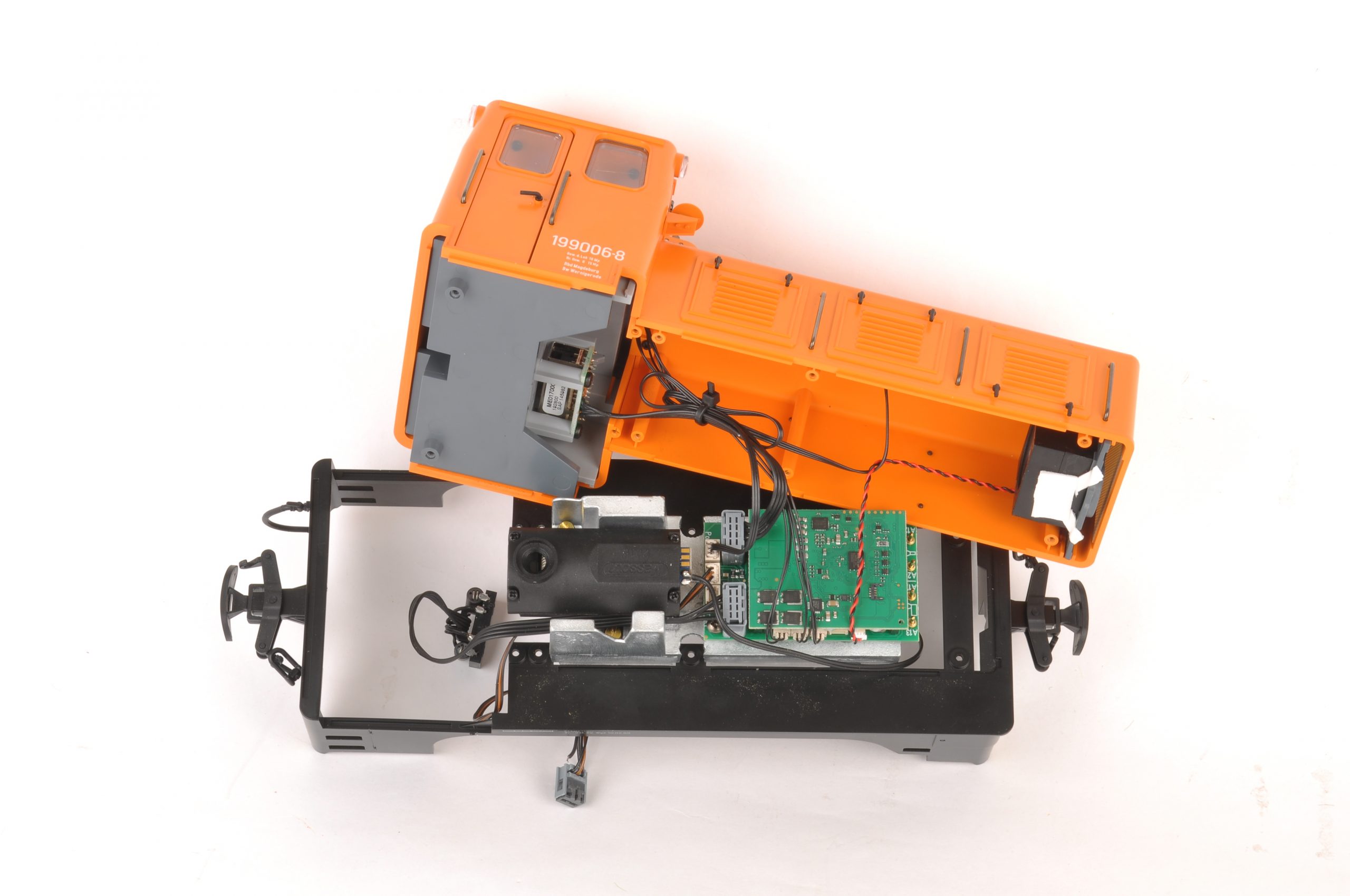 The technical upgrading of the small shunting diesel V 10C from LGB with our popular uncoupler #8414002 -in the meantime replaced by the improved successor product called “shunting coupler” #8442000- and also with the Massoth round boiler evaporator #841500 is done in no time by a factory preparation of the model. What caused problems from the beginning was the programming of the AUX4 and AUX5 by means of the widespread DCC-centrals so that the electronics of the uncoupler can also be controlled via these decoder outputs. The customer did not receive any further support from LGB, where they referred to the in-house CS3 control unit with which everything should be possible without any problems, but this was not a solution for all DCC drivers.

The Massoth development team came up with a working programming proposal and published it in Gartenbahn Profi 1/2021. This programming is now obviously no longer effective in a series of models of the locomotive delivered in recent times. After mounting the uncouplers and programming the two slots AUX4 and AUX5 according to our previous suggestion, several customers have noticed that the coupling hooks move downwards after pressing the F-button and immediately move upwards again without delay and therefore contacted our hotline. This previously unknown problem again triggered extensive testing in our family business and now we can publish a working programming suggestion that should work for all models of the V 10C delivered so far.

Compared to the originally published specifications, only the first part, beginning with the two CVs 132 and 136, has to be changed.
Instead of only two CVs, six CVs are now programmed at this point. The remaining blocks of five, starting with CV33 each, have remained unchanged.
As far as we know, this programming works with all available V 10C models and with all Massoth uncouplers, i.e. with the predecessor (automatic uncoupler 8414002) as well as with the new shunting coupler (8442000), of which the third series is already being produced due to the great demand.

At this point an important note:
If you accidentally mistype the programming – which can happen – the control of the shunting coupler may not work. A reset of the decoder to factory settings (CV 8, see the locomotive’s manual) then simply allows a new start of the programming. The key F2 programmed with “brake squeal off” and the key F9 programmed with “ABV off” in the delivery state of the decoder were not only selected because of the original assignment. Reprogramming the assignment of F keys is problematic with this mfx/DCC decoder. Here, for example, for the light functions for six switchable functions, 23 links are stored in the software. A single change in this area can have effects on the remaining functions. We can therefore only recommend that you do not make any changes to the button assignment.